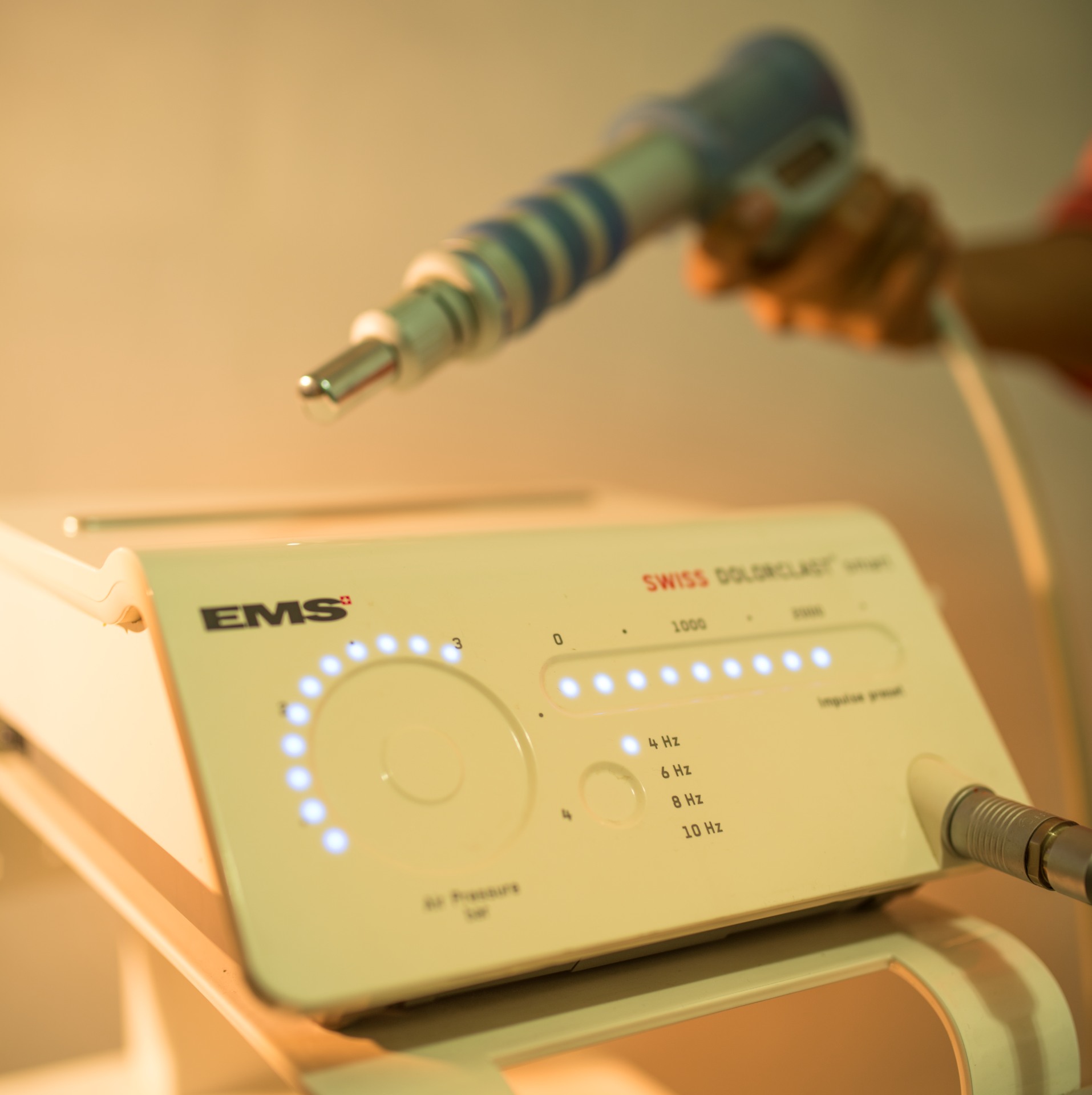 Impotence / Erectile dysfunction (ED) is an extremely common problem in males, which affects more than 40-60% of men between the ages of  40 and 60 to some degree or the other. A common cause of Erectile Dysfunction is reduced blood flow or vascular supply in the penis, called Vasculogenic ED.

ESWT or Soundwave Therapy is a new treatment option for ED, which aims to improve blood flow in the penis and cure Impotence / Erectile Dysfunction, thus enabling the patient to achieve and maintain dependable erections.

How does ESWT work?

How effective is ESWT?

In our clinic, results indicate that treatment improves the quality of erections in over 80% patients with vasculogenic ED or Diabetes.

The treatment has been tested in patients with early and severe erectile dysfunction with the following results:

Who will benefit from ESWT?

Patients with vasculogenic ED or Diabetes are the best candidates for this therapy.

In the case of impotence due to other causes, such as Prostate Surgery, Trauma, Peyronie’s Disease, Parkinson’s Disease or other similar causes, some men may have a combination of poor penile blood flow along with another cause for their ED and it is possible they may still benefit from the treatment.

How do I know whether I have vasculogenic ED?

Poor penile blood flow is reportedly the commonest reason for ED and is present in 70% of men with Organic or Non-psychological ED. Some patients may already have a diagnosis of vascular problems, such as previous heart attack or stroke.

Many others may have risk factors for vascular disease that make vasculogenic ED more likely such as high Blood Pressure, high Cholesterol and a history of smoking.

How is the ESWT treatment carried out?

ESWT is given as an out-patient treatment in a series of 12 short treatment sessions spread over nine weeks. The treatment is given twice weekly during Weeks 1-3, followed by a break of three weeks (Weeks 4-6). Then follow a further three weeks with twice-weekly treatments (weeks 7-9).

Are there any side effects with ESWT?

ESWT is a non-invasive and entirely pain-free treatment that does not require any additional medication. A gentle tapping sensation may be felt during the treatment. To date, there are no reported side-effects during or after the treatment and the treatment is considered to be extremely safe. Patients are able to return to their daily routines immediately following each treatment session.

What are the longer term outcomes from ESWT?

Early evidence shows that results have been maintained for up to two years after treatment. This is the longest follow-up currently available, as Soundwave Therapy is a new treatment.

How is ESWT different from other ED treatments?

The usual ED treatments involve medication which carry the risk of side effects, work only during a set time window, often require a degree of planning of sexual activity and incur ongoing drug costs. Using a Vacuum pump is cumbersome and kills spontaneity. Surgical options like Microsurgery and Penile Implants are available but they carry their own risks for complications. ESWT is a non-invasive, non – pharmacological, non – surgical therapy which aims to trigger a natural mechanism that improves penile blood flow and may allow restoration of penile function and sexual spontaneity without need for ongoing treatment.